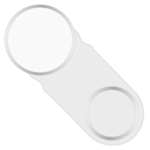 The female condom, also known as an “internal condom,” is a lubricated sheath worn by the female inside of her vagina during sex. The FC2 is made of nitrile (a type of synthetic rubber). The FC2 is latex-free, so this is a good option if you or your partner has a latex allergy. The FC2 is pre-lubricated and is the only female condom that has been approved for vaginal sex by the United States Federal Food and Drug Administration (FDA). These condoms have been used by women and men, for vaginal sex and anal sex. There are other condoms sold outside of the United States that are made of natural rubber latex (Cupid®, l’Amour® and Jeitosa®).

Where can I get the internal  condom?

You can get the FC2 internal condom without a prescription in most pharmacies and grocery stores in the United States. You can also buy the FC2 online or ask for it at family planning centers. An FC2 condom costs between $2.00 and $4.00 each however, you can also buy them in multiple packs of three or more.

What if I need more lubrication?

The female condom is already lubricated when you buy it, but if you need more lubrication, you can use a vaginal lubricant, such as K-Y Jelly, on the inside of the female condom or on the penis.

How effective is the female condom?

When wearing the female condom in the vagina, it protects against HIV and other STDs just as effectively as the male condom. The female condom is more effective at protecting against STIs than the diaphragm (another barrier method).

How do you use the female condom?

You can plan ahead and insert the female condom before foreplay and penetration, so you don’t have to stop when you’re ready to have sex.

Wash your hands first and find a comfortable position, perhaps squatting with knees apart or lying down with legs bent and knees apart. Hold the female condom so that the open end is hanging down. You may put lubricant on the outside of the closed side of the condom to help insert it smoothly. Squeeze the inner ring with your thumb and middle finger.

What if the female condom slips out of place during intercourse?

Stop intercourse immediately! Take the female condom out carefully, so that the sperm stay inside the pouch. Use a new female condom if you continue having sexual intercourse. Add extra lubricant to the opening of the pouch or on the penis and then insert the new female condom. Contact your health care provider and discuss emergency contraception.

Are there any complaints about the female condom?

Some people complain that the female condom can bother the skin of the genitals (adding more lubricant can help with this), that it limits feeling during intercourse, and that the penis can slip out of the condom during sex.

On the other hand, some men say the female condom is more comfortable because it isn’t as tight on their penis as male condom. Additionally the inner ring may stimulate the penis and the outer ring can stimulate the clitoris, increasing pleasure during sex. Women also like that they can play an active role in protecting themselves and their partners by using the female condom during sex.

No. You should never use a male condom at the same time that you are using a female condom!

Female condoms are safe and effective. You don’t need to get fitted for them and you can buy them without a prescription. If you choose to use female condoms, it’s very important to use them according to the package directions EVERY time you have sex.