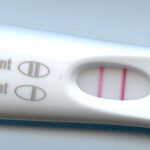 Tubal pregnancy: A tubal pregnancy occurs after the fertilized egg implants in the fallopian tube and begins to develop. The egg, however, cannot survive outside of the uterus because it will not get the nutrients it needs, nor have enough room (in the tube) to grow.

What are the symptoms of an ectopic pregnancy?

The early symptoms of an ectopic pregnancy are the same as a normal pregnancy, such as a missed period, breast tenderness, and sometimes, nausea. Some women may not experience early symptoms or “warning signs.”

Symptoms of an ectopic pregnancy may include:

Later symptoms of an ectopic pregnancy may include:

Who is at risk for an ectopic pregnancy?

Any female can have an ectopic pregnancy, but certain conditions can put you at a higher risk.

Can a fertilized egg survive outside of the uterus?

Very rarely but in general a fertilized egg cannot live outside of the uterus. It needs space to grow and a source of nourishment.

What are the types of treatment for ectopic pregnancy?

The type of treatment depends on the location of the pregnancy and your preference. A medicine called Methotrexate may be given as several injections.  This medicine works by stopping the egg from growing and dissolving the cells. Methotrexate is more successfully when an ectopic pregnancy is diagnosed earlier, but it does require follow-up blood draws afterwards to ensure the pregnancy has been successfully treated. Alternatively, surgery is another option and may be done through small incisions (laparoscopy). Surgery may be recommended especially if the fallopian tube has burst and resulted in bleeding.

Females are born with two fallopian tubes. If one is damaged or removed, the other tube should function normally.

If you think you could be pregnant, it’s important to find out and get early prenatal care. If you have pain and bleeding during pregnancy, you need to be aware this is NEVER normal. If you have any unusual symptoms including; pain, vaginal bleeding, lightheadedness, dizziness, or nausea, go to the closest Emergency Room (ER) and get checked right away. Tell the ER staff if you are sexually active and get a pregnancy test. If the test is positive, you’ll likely have a pelvic ultrasound to make sure that the pregnancy is in the right place.

A normal pregnancy takes about 38 weeks for the fertilized egg to develop into a fetus, then a full-term baby. However, there are times when the fertilized egg doesn’t continue to grow and the pregnancy is lost. An early pregnancy loss (before 20 weeks) is called a miscarriage. Sometimes a miscarriage happens before a teen or woman even knows she’s pregnant, and there is usually nothing that she did to cause it. Having a miscarriage is upsetting. It will take time to heal both physically and emotionally.

What is the medical term for miscarriage?

There can be different reasons that a pregnancy will end suddenly. Most of the time miscarriage happens because the fertilized egg or fetus is not growing or developing normally. If the fetus doesn’t form and the pregnancy tissue does not grow, this is called a “blighted ovum”.

What is a blighted ovum?

A blighted ovum is a fertilized egg that has a placenta but no embryo. The fertilized egg attaches itself to the inside of the uterus. The sac develops, but since there is no embryo, the pregnancy cannot continue.

What happens when the fetus stops growing?

If the fetus stops growing (early fetal demise) then there will be a miscarriage. The fetus is usually very small and if the tissue is passed it doesn’t look like a fetus.

What are other reasons for an early miscarriage or blighted ovum?

What does NOT cause miscarriage?

Who is at risk for having a miscarriage?

Anyone can have a miscarriage, but a teen or woman is at a higher risk if she has one or more of the following conditions or behaviors:

What are the symptoms of miscarriage?

Bleeding is the most common symptom of miscarriage; however, some teens/women can have light bleeding during the first few months of pregnancy without problems. This may seem confusing. It may be helpful to think of the following symptoms as “warning signs” and a reason to call your health care provider.

What will happen if I have to go to the hospital?

You will likely need to have a pelvic exam to see if your cervix has dilated (opened) and/or a pelvic ultrasound.

If you are RH (D) negative, ask your provider if you need to be given a special medicine called “immune globulin.”

A “D & E” is short for dilation and evacuation. This procedure can be done in a health care provider’s office or an emergency room under local anesthesia (numbing medicine), or in an operating room at a hospital (under general anesthesia – while you are asleep). The cervix may need to be dilated (widened) and then any tissue left behind is removed.

What happens after a miscarriage?

After a miscarriage you will have some vaginal bleeding, but it shouldn’t be heavy. You may also have mild cramping in your abdomen (belly). This happens because your uterus (womb) is tightening and getting smaller (back to the shape and size it was before you got pregnant). You will need to see your health care provider for a follow-up appointment in a couple of weeks for a routine check-up or sooner if you have any of the following problems.

Call your health care provider right away if you have:

Your health care provider will give you specific instructions about how long you should stay home and rest, and when it is safe to be physically and sexually active.

Can I get pregnant after a miscarriage?

If you got pregnant once, you know that you are “fertile” (you ovulate and can get pregnant). It’s important to know that you can ovulate (make eggs) as early as 2 weeks after having a miscarriage. This means you can get pregnant right away if you are sexually active and you don’t use birth control. If you don’t want to become pregnant, talk to your health care provider about birth control.

Why do I feel so sad?

Whether or not your pregnancy was planned, it’s normal to feel sad when you find out that you have miscarried. Some of the feelings are due to the changes in hormones that come with pregnancy and miscarriage. You may experience a range of emotions from feeling relieved to being sad and upset.

It’s important to talk with your health care provider if you are extremely sad; crying a lot, having trouble concentrating or sleeping. Many young women say it’s also helpful to talk with a counselor or social worker.