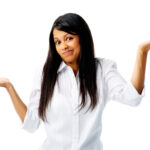 Sexuality is not just about “sex” and certain body parts that are associated with males and females. Sexuality includes sexual orientation, such as who a person is attracted to and whether the person identifies as heterosexual, homosexual or bisexual, as well as their  sexual fantasies and attitudes and values related to sex.

Some people might identify their sexual orientation one way, but experience attractions that don’t match the label they are using. For example, a person might identify as “straight,” but feel attracted to people of the same gender or more than one gender and sometimes act on those attractions. Sexual orientation can also change over time for some people. For example, a person might be attracted only to people of the same gender as themselves, and then later be attracted to more than one gender. This is normal! It just means that sexual orientation is complicated for some people.