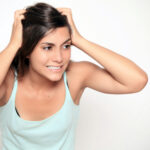 Everyone has ups and downs in their mood or feelings of “moodiness” once in a while. When these ups and downs involve extreme emotions and begin to interfere with normal everyday activities such as school, work, and relationships, there may be a problem. A person with Bipolar Disorder experiences unusual and extreme shifts in mood, energy levels, and behaviors all at one time. These changes are called “manic episodes,” and they usually last for days at a time. The National Institute of Mental Health reports that about 2.9% of adolescents are diagnosed with bipolar disorder.