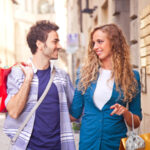 It’s not unusual for parents to have rules about dating. With that being said, it’s likely that your parents have formed an opinion based on their values, beliefs, and their own experiences, as well as their desire to keep you safe. You might want to start by having a conversation about their concerns and why they feel that 16 is the “right” age to date. Listen to what they have to say so you can understand where they’re coming from. If you want more freedom, you’ll need to show them that you’re responsible by obeying the curfews they set, keeping in touch when you’re out with friends, and making good choices.