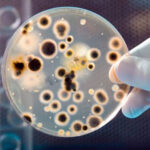 Guys can get yeast infections, but almost never from their female partner. Instead, a guy may get a red rash from yeast on the penis (called balanitis) because he’s been on antibiotics for a long time, he has diabetes, or he has an impaired immune system (HIV or another autoimmune medical condition). Symptoms often include itching and burning at the tip of the penis. The treatment is the same for a guy, which is usually an antifungal cream that’s applied to the rash. If either a male or female has a yeast infection, it’s best to hold off on having sex until all the symptoms of the infection are gone.

Since symptoms of sexually transmitted infections can be similar to those of a yeast infection, it’s a good idea to talk to your health care provider before you buy any over-the-counter medicine. Remember to ALWAYS use a condom every time you have sex!