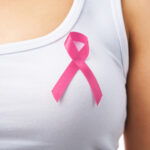 In-vitro Fertilization (IVF) with your own eggs:

This type of IVF involves fertilizing your eggs with your partner’s sperm in a laboratory environment after you have received injections of fertility medicine. These fertilized eggs or embryos, are then put back into your uterus. Otherwise, they are frozen and kept in the lab until you are ready to become pregnant. At that time, one of the frozen embryos (fertilized eggs) is thawed and then put into your uterus where it has the potential of developing into a baby.

IVF – with donor eggs: This is done by removing another woman’s eggs from her ovaries, fertilizing the egg with your partner’s sperm, and putting a fertilized egg into your uterus. You would then carry and give birth to the baby. This type of fertility treatment is offered to women who have POI (premature ovarian insufficiency) and do not make eggs. Your uterus (womb) will be able to carry a baby even if you have POI, unless you received high doses of radiation directly to your uterus.

Adoption: This is another important option for young women who have premature ovarian insufficiency (POI). There are many children who need a home and are adopted by both couples and single women who are unable to have their own children.