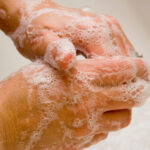 Everybody has worrisome thoughts once in a while, but constantly thinking about upsetting thoughts or urges to the point where they interfere with normal everyday activities is a problem. A person with Obsessive-Compulsive Disorder (called OCD for short) experiences troubling thoughts very frequently; more so than the average person. Read on to learn more about OCD.

What is Obsessive-Compulsive Disorder (OCD)?

Obsessive-Compulsive Disorder is the name of a group of symptoms that affect a person’s thoughts and behaviors. Obsessive thoughts are frequent disturbing and upsetting thoughts, ideas, or urges that cause feelings of anxiety or stress.

Some examples of obsessive thoughts include:

Compulsions are behaviors that are done over and over again. A person acts out these behaviors to get rid of the anxiety caused by upsetting thoughts. A person may believe that by acting out a behavior they will prevent something bad from happening. The behaviors may eventually become automatic and occur without distressing thoughts.

Someone with OCD may repeat actions or mental acts several times an hour or day.

Some examples of compulsive behavior include:

Do a lot of people have OCD?

Obsessive compulsive disorder is more common than you may think. According to the National Institute of Health (NIH), “OCD affects about 2.2 million American adults. It strikes men and women in roughly equal numbers and usually appears in childhood, adolescence, or early adulthood. One-third of adults with OCD develop symptoms as children, and research indicates that OCD might run in families.”

How does someone get OCD?

How do I know if I have OCD?

Someone with OCD may:

If you have any of the symptoms listed above and you’re concerned about OCD, talk to a parent, health care provider, school counselor, therapist, or other trusted adult about your concerns.

What problems can OCD cause?

For folks who struggle with OCD, thoughts and behaviors can take up hours of their day. These thoughts and/or behaviors are upsetting, tiring, and unwanted. Attempting to stop behaviors may initially cause more feelings of stress, anxiety, or fear.

Some problems that OCD may cause include:

How is OCD treated?

There are a number of kinds of successful treatments for OCD.

A mental health clinician can recommend the best type of therapy for you.

If you’re concerned about OCD, here’s a tip on how to bring it up with your health care provider: “I have a habit I can’t stop doing. Could I have OCD?”