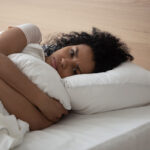 You have probably heard about the U.S. monkeypox outbreak. So, what is it, and how do we prevent it?

Monkeypox is a viral illness that is from a family of viruses called the variola virus, which causes smallpox. Although the symptoms of monkeypox are similar to smallpox, it is not as deadly as smallpox. Monkeypox is very rare, especially in the United States. However, over the last few months, the Center for Disease Control (CDC), has been tracking a certain type of monkeypox outbreak that has spread across several countries, including the United States. In the United States, there are currently 7,000 cases of monkeypox across forty-eight states. Typically, monkeypox only affects animals such as rodents, but it can spread to monkeys and humans as well. Currently, there are two different types of monkeypox, the West African type and Congo Basin (Central African) type. The current outbreak is caused by the West African type, which is rarely fatal, but nonetheless a serious illness.

How do people get this virus?

Monkeypox is NOT a sexually transmitted infection (STI). The virus is spread through close personal contact, meaning transmission is possible through direct contact of an infected person or animal’s blood, bodily fluids, rash, and/or respiratory droplets. It can also spread through direct contact with materials such as clothing or linens that have touched someone with the virus. Anyone who has been in close contact with someone who has monkeypox is at risk. However, according to the CDC, the risk is currently low for human-to-human transmission. A person must have extended contact with the virus for a minimum of 3 hours to be at risk for infection!

Are LGBTQ+ people more likely to get monkeypox?

Despite what you may have seen on social media platforms, monkeypox is NOT a “gay disease.” Amidst the fear about the virus, some media sources have used homophobic, transphobic language that suggests the virus is being spread by gay men, bisexual men, and other members of the LGBTQ+ community. These accusations are false, dehumanizing, and can be very harmful to members of these communities. While monkeypox has had a disproportionate effect on tight-knit LGBTQ+ communities, anyone can become infected with the virus via direct contact with materials like towels and clothing, or extended face-to-face contact.

What are the symptoms of monkeypox?

Monkeypox symptoms may start 5 to 21 days after you are exposed. Symptoms last two to four weeks and may include:

Can monkeypox be prevented?

There are ways to lower a person’s risk of being infected with the monkeypox virus (as well as many other illnesses that are spread from person to person).

Who should get vaccinated?

The Center for Disease Control (CDC), is recommending vaccines for anyone who has been exposed to monkeypox. They are also encouraging people who have multiple sexual partners and live in an area where there have been multiple confirmed cases of the virus to get vaccinated.

Are there different types of vaccines?

There are two types of monkeypox vaccines. The JYNNEOS and the ACAM200. The ACAM2000 is administered by pricking the skin surface. The site of vaccination will develop a “take” which can spread to other parts of the body or even to other people. People who receive the ACAM2000 vaccine are considered vaccinated within 28 days. The JYNNEOS is administered through two injections that are given two weeks apart. There is no visible “take” and thus no risk for spread to other parts of your body or other people. People who receive the JYNNEOS vaccine are not considered vaccinated until 2 weeks after they receive the second dose of the vaccine.

Is there anyone who shouldn’t get vaccinated?

Right now, due to short supply and the low risk of exposure, only those considered “high risk” are currently being offered the vaccine. This includes those who have been exposed to monkeypox via sexual encounters in the past 14 days, those who have had multiple sexual encounters during the previous 14 days in an area with monkeypox activity, and healthcare workers caring for someone with suspected or proven monkeypox.

Stay Safe! Keep an eye out for news about rates in your area. If you have any symptoms of monkeypox, avoid close contact, including sex or being intimate with anyone, until a healthcare provider has checked you out. Be smart and stay safe!