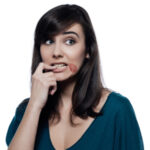 There’s really no way to tell if a person has had intercourse yet, so if you’re in a relationship with someone, it’s a good idea to ask them. Besides not being able to tell if someone is a virgin, there’s also no way to tell by looking at someone if they have a sexually transmitted infection (STI). The person may not even know if they have an STI.