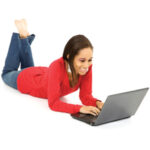 The answer to this question is complicated, so we’ve done our research and asked our experts for their opinion. Here’s the answer:

Some may feel that it is a way to learn about sex. Others may find that watching people having sex is stimulating and enhances their sexual pleasure, or it is a safe way to explore sexual feelings without having sex.

Ask the Mediatrician is a free service of the Center on Media and Child Health at Boston Children’s Hospital that answers any questions you might have about how the media you use can affect your physical and mental health in positive and negative ways.